Labor Day Weekend called for a camping trip to the Sierra Nevada. The girls were asking to camp and hike for a few weeks, so we were lucky we had a campsite booked at Quaking Aspen in the Sequoia National Forest. We all needed some time in the mountains before Fall travel kicked in for work and other activities.

Quaking Aspen is a smaller campground with about 35 sites, most of them large enough to accommodate two families. They also have a few sites with canvas wrapped yurts for those wanting more comfort. Along the side of the campground was a small meadow with tons of wildflowers and a few trails along its perimeter. The campground was also within a 20 minute drive of some great trails. In terms of weather, the site was almost at 7,000′ elevation so we had some cooler nights (mid 40s) and hot dry days (low 80s).

Our big goal for the trip was to see sequoia trees and log some miles with the girls in our packs. We have a backpacking trip in November (parents only -10 year anniversary!) and want to get as many training miles in as possible. As we prepped for the trip, we also realized we would have a new moon (i.e. no moon) to photograph the starry sky and the Milky Way. Besides that, we were simply looking forward to some time in the mountains.

The hikes included a loop around the Trail of 100 Giants where we walked through a grove of giant sequoias, including one over 225 feet tall. We also had read about Dome Rock thinking it was a half mile hike to the viewpoint. We ended up finding that it was less than 100 yards from where we parked to an amazing view east into the Sierra Nevada. Our longest hike was a 4.5 mile round trip to the Needles Lookout Tower, an old fire watch tower at a popular rock climbing spot, the Needles.

With the girls being 3.5 years old, they were seeking more independence when hiking, so we let them walk for the first 10-20 minutes to help burn some energy and practice their hiking. We typically had Mary walk first and me walk last making sure the girls were between us. They often got excited and ran ahead so we spent a lot of time reinforcing the safety of hiking this way. It worked for the most part. After 20 minutes, we loaded them into the hiking packs and got some real miles in.

The tough thing that we encountered on this trip was that Leona had a small fever that would show up every now and then making her a bit under the weather (read: cranky AF. Quincy ended up with the same bug about 2 days after we got home). It prevented her from getting good sleep and resulted in some frustrating mornings. With the morning temperatures around 45 degrees, she wasn’t able to stay warm after getting out of the tent. We offered hot chocolate and tea, but she couldn’t find her typical rhythm to the day. We were lucky that we had ibuprofen packed in our camp kit, but it didn’t seem to help that much.

The real “this is why we do this” moment came at Dome Rock on our last evening. We knew that we could look south-southwest over the valley to try to see the Milky Way and Dome Rock offered an unobstructed view. We brought a picnic to watch the sunset and take some photos. It was the most relaxing part of the trip while we watched the girls play and goof around while we enjoyed some dinner and waited for the stars to arrive. And boy did they not disappoint – we were able to see Jupiter, Saturn, the Big Dipper, Sagittarius…..and the Milky Way. As I was taking a few photos, Leona chimed in and said, “Our whole family is here. Let’s take a photo!” So the photo below is Leona’s idea and came out absolutely beautiful. We look a bit fuzzy because it was a 30 second exposure and our family can’t stand still for that long!!!

The big lessons learned from this trip were that when camping with a child who is under the weather, add in an extra dose of patience to stay calm while you try and help them settle down. It’s also important to have some medicine handy for them, even if it simply acts as a placebo. Also, don’t be too proud or stubborn to pack up a day early. The other lesson is that the national parks get most of the glory but the national forests have some beautiful hikes and scenery without the crowds. Our hike to the Needles where we saw only 6-8 other people and our peaceful dinner and stargazing on Dome Rock are great examples. 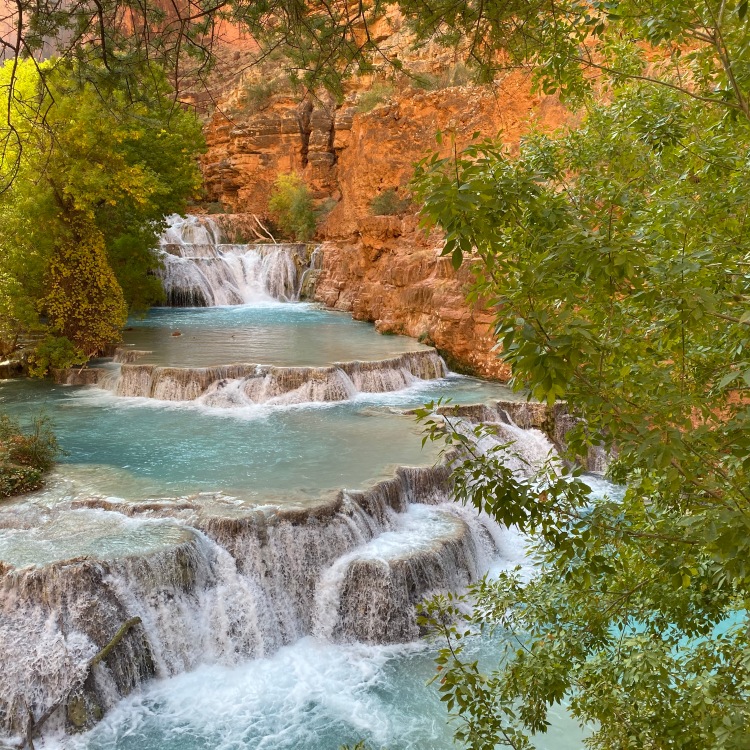 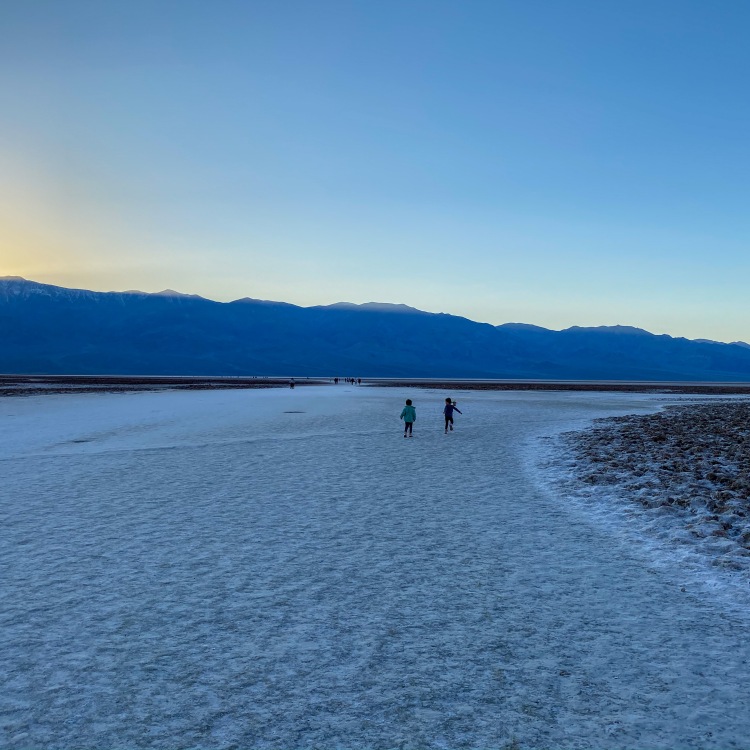 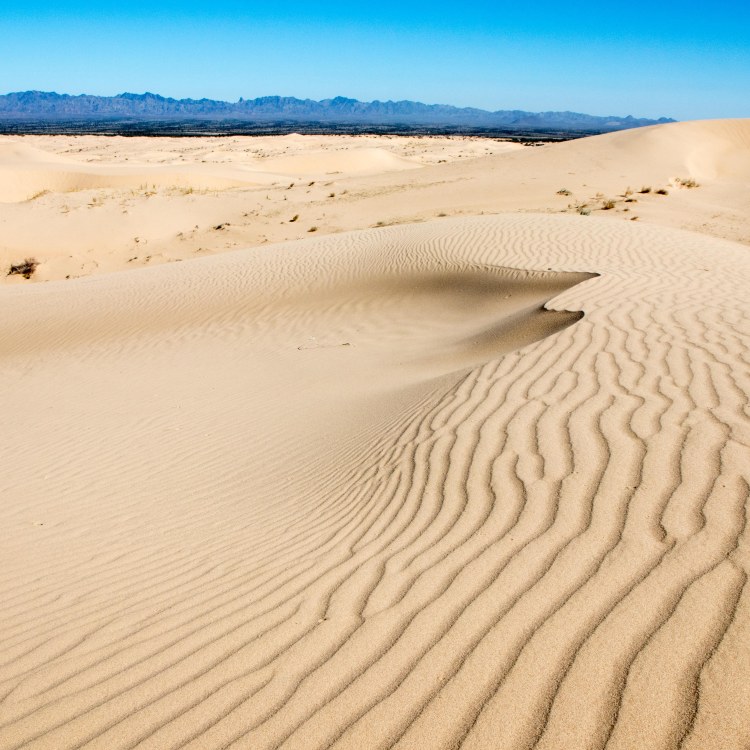 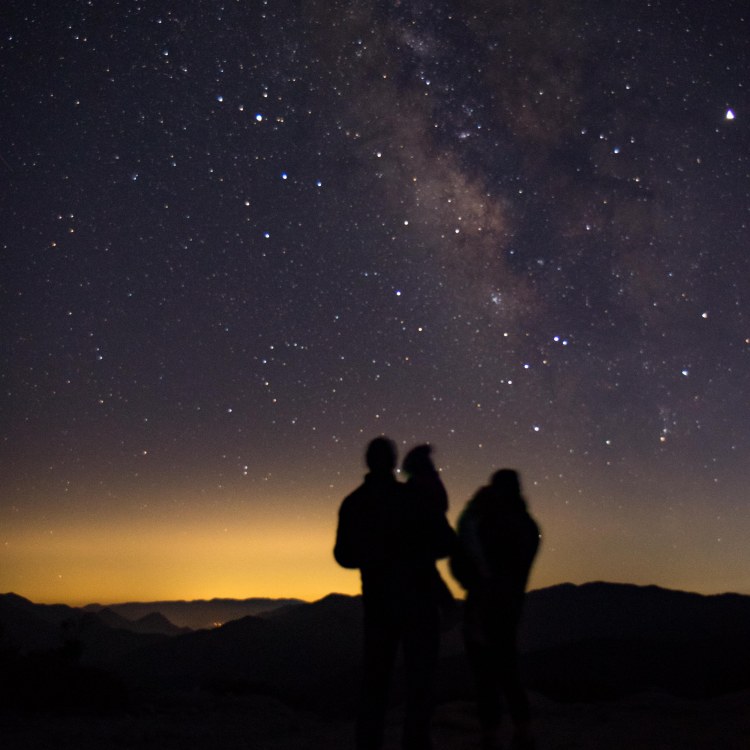